“There is a fifth dimension, beyond that which is known to man. It is a dimension as vast as space and as timeless as infinity. It is the middle ground between light and shadow, between science and superstition, and it lies between the pit of man’s fears and the summit of his knowledge. This is the dimension of imagination. It is an area which we call the Twilight Zone.” 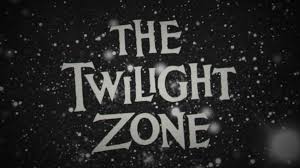 Friday, February 5  — Its the first Friday of the month …  time for another Amish haystack dinner … or so we thought. (Click Here and Here for past posts on the Amish haystack dinner.) The location of the dinner is about a half hour travel-time from our house. When we arrived, however, there was no one at the site. We guessed that perhaps they don’t hold the dinners in the winter months (more about that later), so we drove on – in search of a place for dinner.

From one small town to another …

First we drove to Bock (Minnesota) – a very small town (population 106) – with a couple of bars. We were looking for something other than pizza or a hamburger, so we drove on, turning left toward Milaca (population 2,946). Again, fast food or bars. We continued west – to Ronneby (population 32) – more bars, and Foreston (population 533) – same thing. We continued on to Foley (population 2,603), the County seat for Benton County. We checked out the downtown – no restaurants. At the edge of town, there were fast food places, a bar – and a chinese restaurant. By then, it was nearing 6 pm, so we decided to give the restaurant a try. (Note: All population counts from the 2010 Census.)

The Chinese restaurant in Foley is named WonTon. When we arrived, there were only a few people in the restaurant.

We were seated in a raised platform area. The waitress brought our drinks which included hot tea – in a styrofoam cup – and a can of coke – served in the can. Interesting start. We ordered our dinner and then began to look around. 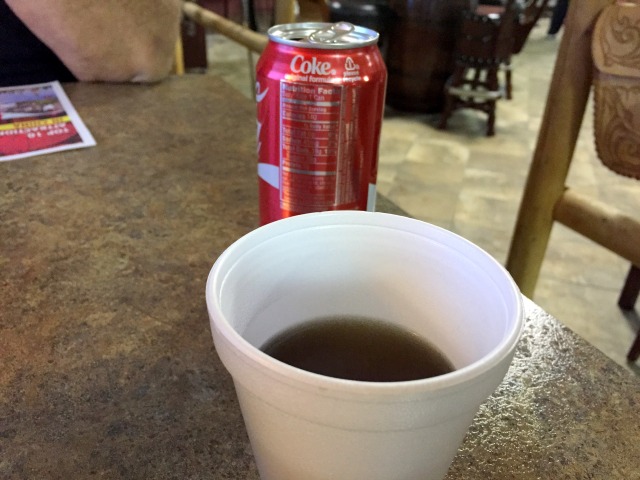 The seating area was reminiscent of a corral – complete with saddles hung on the rails (just barely showing in the photo above.)

The walls were decorated in a western motif (as in horses, cowboys, and movie posters of westerns) along with various native American decor. However, Chinese music was playing in the background. We were a little puzzled.  (Imagine music from the Twilight Zone playing or click HERE to listen for yourself.) For information on the Twilight Zone, see bottom of this post.

All in all, it was a successful adventure. Both of our meals were very good and quite affordable. I suspect the real story is that the Chinese restaurant is new and they simply are using the previous business’s decor.

The American TV Series, The Twilight Zone,” was the brainchild of Emmy Award-winner Rod Serling, who served as host and wrote over 80 episodes of the original show’s 150-plus episode run. It’s a strange mix of horror, science-fiction, drama, comedy and superstition. Serling introduced each episode, and many of the black and white hours concluded with a surprise ending. Actors such as Burt Reynolds, Roddy McDowell and Robert Redford made appearances in some of the more well-known stories. (Google search description)
First episode date: October 2, 1959   Final episode date: June 19, 1964

2 replies to “Entering the Twilight Zone …”

Nice day for Millie to get some sun.
Here’s lookin’ at you!
Anoka. Now it’s pouring.
Veggie time. Shopping in the rain.
Beautiful, as always ... even from the car...
A storm is brewing ...